Take responsibility of your own happiness, never put it in other people’s hands.

Constant fatigue. What to do

Constant fatigue. What to do?

The causes can be a wide variety of diseases, such as anemia, diabetes mellitus, autoimmune diseases that lead to a decrease in hormones and subsequent disruption of the cardiovascular system, gastrointestinal tract; iodine deficiency, and dysfunction of the thyroid gland. Chronic diseases leading to adrenal exhaustion, loss of protein and subsequent loss of strength.

In the event of loss of strength, another situation often arises, when we say to ourselves: “It will pass by itself. We should go to the doctor, then someday. Perhaps everything will be straightened. ” And we are waiting for this wonderful moment to come.

What you need to know and do while waiting for the situation to improve on its own, or while doctors TRIBULUS, leafing through the Talmudic scholars, figure out how to treat you?

In any of these cases, your strength is in your hands, or rather, in knowledge.

The scientific world refers to the main causes of constant fatigue as follows: lack of water, lack of energy, malnutrition, infections, nervous strain leading to stress and depression, and lack of normal physical activity.

Water scarcity and lack of energy in the body. 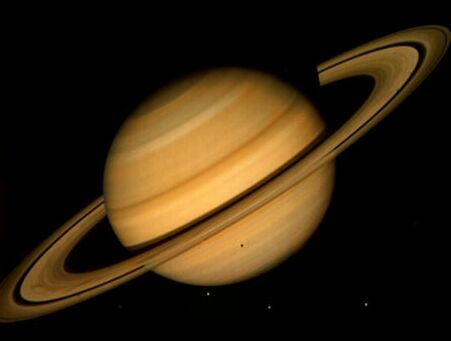 These two reasons are an inseparable couple. One does not go without the other. The first symptom of dehydration is a feeling of thirst. It occurs when only 1% of the norm of the volume of liquid is lost; with a loss of 2%, endurance decreases; with a loss of 3%, you feel a breakdown, with 5% a decrease in salivation and urination, rapid pulse, apathy, muscle weakness, and nausea.

So, the first step in the fight against fatigue is 2-3 liters per day of WATER

The next couple are malnutrition and infections. Recent studies have linked chronic fatigue to an overstrain of the immune system caused by attacks of infectious antigens. It is not by chance that we linked infections, as a cause of fatigue, to improper, unbalanced nutrition. Because the protection of our immunity, a reliable barrier against colds and chronic diseases – macro – and trace elements and antioxidants. Their modern man, subjected to constant exposure to adverse external factors, such as poor water and unbalanced food, toxic air, stress, is categorically lacking.

Macro – and microelements are activators of enzymes-catalysts of most metabolic processes in the body (more than 300 reactions). With their deficiency, biochemical reactions are either impossible at all, or occur with a large expenditure of energy and time. This is one of the factors that cause chronic fatigue, loss of strength and, in general, aging and shortened life expectancy, because the basic functions of the body – immune and metabolism – are affected. About 80% of the population have a more or less pronounced imbalance of trace elements.

Preparations containing these elements are prescribed, and they are in pharmacies in the form of dietary supplements, tablets. But, it should be borne in mind that taking any pill is an additional burden on the liver, an additional risk factor for the occurrence and development of liver failure. Many doctors are wary of dietary supplements. In their opinion, it is not known what is located there and what harm can be done to the body when used.

We propose maintaining the required level of minerals by combining mineral water, in which most of the most important deficient micro and macro elements are in dissolved, ionic form, and therefore better absorbed, without side effects, activating and maintaining metabolic processes at the right level, thereby contributing to the fight against fatigue .

The digestibility of chemical elements from water is 6-7 times more effective than from food!

Which waters should I prefer?

SEAL to stand trial for murder, other alleged war crimes

Waters that contain a large number of deficient macro- and micronutrients: magnesium, silicon, calcium, lithium, iodine, selenium, zinc, chromium, etc. When they enter the body, they have various preventive and therapeutic effects, helping to restore strength and get rid of the constant fatigue.

Particularly important in the case of fighting fatigue magnesium, calcium, silicon. Magnesium has a multilateral effect on a variety of body functions. And energy metabolism, and strengthening the skeleton, and the work of the cardiovascular and nervous systems, and enhancing the metabolism of carbohydrates and protecting the liver – this is an incomplete list of everything that magnesium Fit Fashion is responsible for.

Calcium is involved in the transmission of intracellular signals, blood coagulation, the work of nervous and muscle tissue and the cardiovascular system, in the functioning of enzymes and hormones.

Silicon is an element of life and youth. It is necessary for the balanced work of all organs and the assimilation of almost all macro – and microelements.

The presence of bicarbonates (HCO3) in water contributes to the normalization of the small intestine, which is not only a digestive, but also a hormonal and endocrine organ. It secrets 80% of all hormones, in particular, insulin – the main controller of all body functions, primarily metabolism. Due to the activation of the role of insulin in optimizing metabolism, the resistance of the human body to the damaging effects of stress factors of various nature significantly increases, causing, in particular, loss of strength.

Of particular importance for getting rid of constant fatigue is the normal level in the body of chromium. It acts as a regulator of the level of glucose in the blood, but it performs this function indirectly – through insulin. The main sign of chromium deficiency is an increased level of blood sugar, which is accompanied by symptoms such as increased fatigue and a feeling of constant loss of strength. Excessive consumption of sweets stimulates the process of removing chromium from the body, and a lack of chromium leads to an increased craving for sweets. You should be aware that even at a normal level of sugar, eating sweets can cause a rise in blood glucose, after which it drops below normal, which also leads to a feeling of loss of strength.

Antioxidants are our protection against an excess of free radicals that destroy the body. Radicals damage cells, cell membranes, oxidize fats, causing not only fatigue and loss of working capacity, but also the development of a wide variety of serious diseases, including cancer. The body has its own antioxidant systems, the main of which are cellular enzymes and vitamins E (tocopherol), A (retinol). The most important components of cellular antioxidants are selenium and zinc – extremely deficient trace elements in the human body.

Effect of betaine supplementation on power performance and fatigue

Mineral waters, the key to salvation.

The best way to maintain an adequate level of these strategic components of antioxidant systems is to include in your daily diet mineral waters containing these elements in a quantity significant for the body.

External antioxidant systems are helped by external vitamins C, B groups, alpha-lipoic acid, vitamin E, and betacarotene, etc., which are added with food and water. Their peculiarity is that they (vitamin C, and vitamin E, and betacarotene) in the fight against radicals, they themselves are oxidized and the products of their oxidation are required to be removed from the body faster. Therefore, it is good to combine the intake of mineral Szerszy widok siłowni water with drinking water, which contribute to the rapid removal of harmful compounds, neutralized toxins, killed pathogens, and metabolites from the body.

The next reason causing constant fatigue is nervous strain, stress, and depression. Water containing a large amount of magnesium, which is an anti-stress element, will help cope with these conditions, that is, it acts as a sedative. Chronic stress contributes to magnesium loss, and with a lack of magnesium, stress increases even more. And he is an antispasmodic, i.e. relaxes blood vessels, relieves stress and normalizes blood pressure.

Growth Hormone: All You Ever Wanted to Know About It!